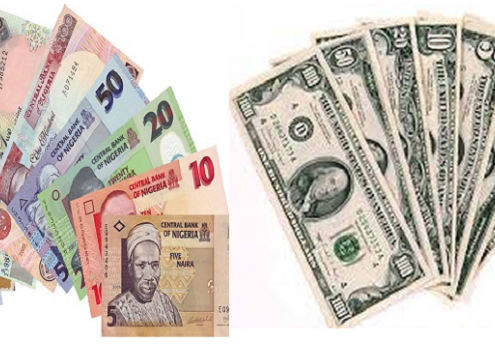 Nigerian naira weakened on the parallel market after the central bank devalued the official exchange rate by 7.6%, replacing it with the managed-float figure used for investors and exporters.

The local unit sold for 495 naira per dollar on the street on Thursday from 486 on Monday, according to abokifx.com, a website that collates parallel rates in Lagos. The naira opened at 411.08 naira on the investors and exporters window, otherwise called Nafex.

The unregulated naira exchange-rate movement is driven by speculation based on the migration to Nafex by the central bank, said Ayodeji Ebo, head of retail investment at Chapel Hill Denham in Lagos.

Governor Godwin Emefiele confirmed on Tuesday that the central bank is no longer dealing in the official rate of 379, but instead has adopted the Nafex for government transactions. It will keep monitoring and intervening in the market to keep the value of the local currency within a range that it deems fit, he said.

Investors are still concerned about the gap between the investors’ rate and the parallel market.

“Once there is stability at the I&E window and people see there are no major moves and demand has not increased, then we will begin to see some form of convergence,” Ebo said.

The danger in Naira devaluation
Scroll to top