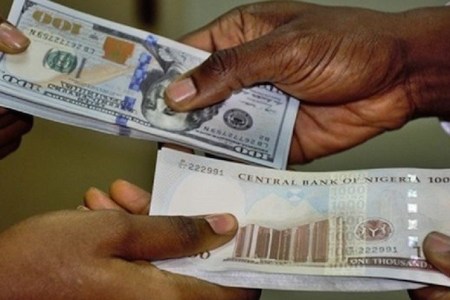 DEVALUATION means official lowering of the value of a country’s currency relative to other foreign currencies. Currency depreciation refers to falling exchange value of a currency for other foreign currencies as a result of the forces of demand and supply which may be temporary. Currency redenomination on the other hand means changing the currency to a lower digital value due to its outrageous falling exchange rate over time. In effect, it means changing the face value of a highly devalued currency.

The debate on whether or not to devalue the Naira in Nigeria is as old as the second republic. Economists of the time vehemently kicked against it on technical ground. Their argument was that Nigeria was a highly import dependent economy and has an export that was mainly raw material with weak elasticity. This means that devaluation was likely to usurp the living standard of the citizens because it was not going to increase exports to earn more foreign exchange but liable to make imports of necessities dear. Strategically speaking, a country having weak elasticity of export and import and is aspiring to industrialise through the import of technological equipment and know-how should not make the blunder of devaluing its currency.

Although currency devaluation, depreciation, and redenomination are different, they originate from same source – economic policy slip. For example, trade deficit causes naira depreciation. This happens when foreign exchange realised from export lag behind the amount required to accomplish the desired import. Consequently, the competitions over scarce foreign exchange pull-down the price of domestic currency. Currency depreciation is therefore caused by falling domestic production of exportable commodities, falling price of exports, decreasing output of necessities, and a corresponding increase of imports.

Continuous depreciation can suffocate economic activities and compel the monetary authorities to opt for naira devaluation. This is possible when the persistent currency depreciation go beyond the capacity of the monetary authorities to use the traditional measure of stabilising the domestic currency through providing subsidy for imports from the foreign reserve. Invariably, the government may have to continue subsidising imports in order to avert the political implication of the unpopular devaluation but at the expense of depleting the foreign reserve. This forces the economy into dire straits and a serious dilemma akin to the proverbial statement – between the devil and the deep blue sea: devalue and enslave the economy, not devalue and remain economically wobbly.

In any case, Nigeria has been devaluing Naira from its official exchange rate of $1: N0.75k in 1980 to the current rate of about $1: N200. Usually spurious promise is made to entice the populace that the devaluation can increase export, reduce imports, increase foreign reserve, attract foreign direct investment, create employment and promote economic growth and development. Despite the fact that Naira was devalued severally since 1986 when the Structural Adjustment Programme (SAP) of the Babangida Administration was introduced, the promise of economic progress has not been realised. The cataclysmic effect of devaluation compounded the debt burden, made repayment of debts difficult and depressed the economy. For this reason, we should have a second thought about devaluation otherwise we may eventually redenominate the Naira.

Opting against redenomination requires guarding the Naira against series of devaluation. This entails a concerted effort using both economic and social measures to revive the Naira. Economically, the government can reinvigorate the productive sectors through instituting the appropriate measures on industries, agriculture, mining, use of research in development by especially laying emphasis on youth employment and the substitution of imports. No matter how inconsequential, the production of goods should be encouraged. Even production of teaspoon, tissue paper, locally sewed clothes, and so on can generate employment and reduce imports. Socially, it is high time we understood that Nigerians have low taste for domestic products thereby affecting demand, profitability, and sustainability of local industries. This dangerous habit cannot reduce imports to strengthen the Naira. Therefore, this should be corrected through proper national orientation. Alternatively, heavy custom duties should be imposed on the undesirable goods.

From the foregoing, devaluation and any of its elements is a defeatist position. The government should not only kick against it but also take appropriate measures to revaluate the Naira. This is necessary because the extreme case of devaluation is indebtedness, import dependency, unemployment, loss of patriotism, disrespect of constituted authorities, and triggering on large scale poverty, insecurity, low literacy level and diseases. In fact, the manifestation of these negative indices has been the major challenge for Nigeria. Therefore, the government should be extremely cautious in order not to be cajoled by the creditors. In effect, Nigeria should not succumb to a calamitous Naira devaluation.

• Professor Magaji is of the Department of Economics, University of Abuja.