Why CBN sacked board of First Bank 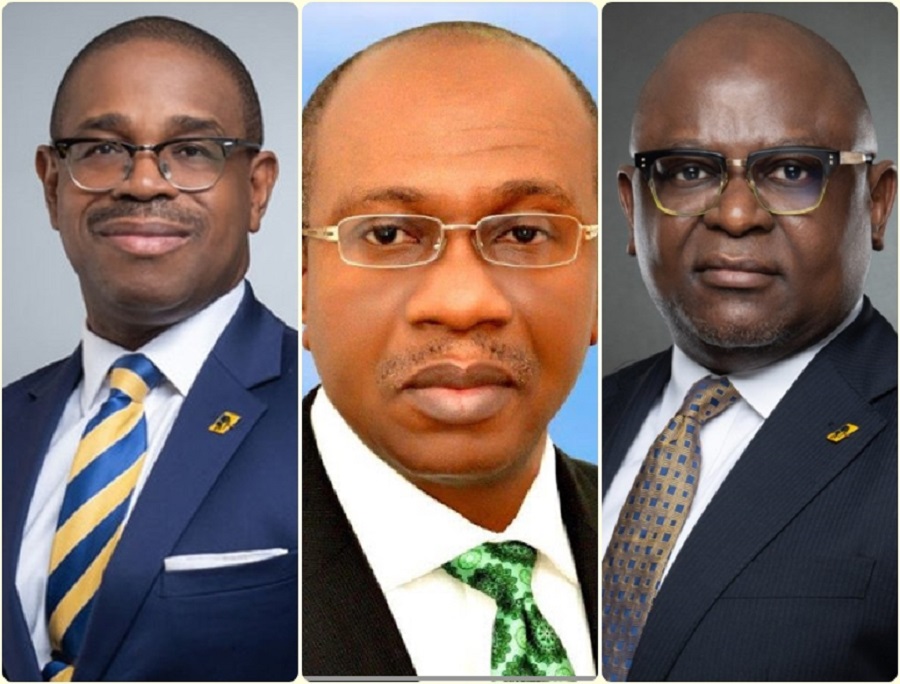 For years, the CBN has used Adeduntan as a check against attempts by directors of First Bank to secure insider loans, a major source of conflict between the CBN and Oba Otudeko.

Everything seemed well on the 27th of April 2020 after FBN Holdings completed its Annual General Meeting held at the Oriental Hotel Lekki. Following the AGM, the bank recommended a dividend payment of N16.15 billion out of a profit after tax of N65.9 billion.

Unbeknownst to investors and most shareholders of the bank, while everything appeared rosy at the AGM, factions in the bank led by Chairman Dr Oba Otudeko and Chairman of the First Bank Ibukun Awosika were hatching out a plan that will change the course of history for Nigeria’s oldest bank aged 127 years.

The ill-fated plan culminated in the removal of Dr Adesola Adeduntan as MD/CEO of First Bank Ltd after just appointing him as director of the bank holding company, a position reserved for the Managing Director of the banking subsidiary.

The rubble within the bank appeared to have started after the bank’s chairman Ibukun Awosika received a letter from the Central Bank stating that the bank had not complied with regulatory directives to divest its interest in Honey Well Flour Mills “despite several reminders” to it by the Apex bank.

The CBN also stated in the letter that it was giving the bank within 48 hours to ensure Honeywell repays its obligation to it “failing which the CBN will take appropriate regulatory measures against the insider borrower and the bank.” It also instructed the bank to divest from its holdings in Bharti Airtel Nigeria Ltd and Honeywell Flour Mills within 90 days. These loans are all related to the Chairman of the bank, Oba Otudeko.

Sources with knowledge of the matter indicate the letter from the CBN did not go down well with Otudeko leading to the decision to remove Adeduntan. Common knowledge across business circles suggest Adeduntan is very chummy with one of the major shareholders of the bank who is also one of Nigeria’s richest men. He is also a major leverage for the CBN who rely on him to implement some of the initiatives approved by the CBN for the restructuring of the bank. He was also considered a checkmate for Oba Otudeko whom the CBN believes was a major reason for the spate of bad loans in the bank over the years.

For years, the CBN has used Adeduntan as a check against attempts by directors of First Bank to secure insider loans, a major source of conflict between the CBN and Oba Otudeko.

Thus, at the board meeting where Oba Otudeko and some directors of the bank finalized plans to remove Adeduntan, a board member who was not in support of his removal tipped of the CBN Governor Godwin Emefiele about the bank’s plan. Emefiele immediately put a call through to Otudeko and other members of the bank demanding that they rescind their plans. Emefiele also explained that any such decision will require prior approval of the CBN.

Oba Otudeko however declined to accede to the demands of Emefiele forcing the CBN Governor to reach out to other directors and shareholders of the banks pushing for them to get Oba Otudeko to withdraw the plans to remove Adeduntan. Emefiele also contacted several other stakeholders outside the bank but with ties to Oba Otudeko, however, most of this fell on deaf ears. While all the engagements were ongoing, the CBN issued a query to Ibukun Awosika the Chairman of First Bank demanding that she explain why the decision to remove Adeduntan was taken.

By Wednesday night, Emefiele and some of the governors of the central bank had made up their mind to sack the board of both FBN Holdings and First Bank of Nigeria Ltd. By Thursday morning, calls had been made to key stakeholders in the economy including politicians at the highest level informing them of the decision that was about to be announced. At about 2 pm in the afternoon, the CBN had finalized the selection of members of the new board of the bank. They subsequently informed the media about a press briefing for 4 pm but was later pushed back till about 6 pm as final details for the announcements were concluded.

It will appear that the CBN’s decision to remove Oba Otudeko and the other directors of the bank is mainly due to the apex bank’s regulatory forbearance and support in the corporate restructuring of the bank to protect it from failing. The CBN claimed that because it had played a major intervention role that avoided a collapse of the bank due to bad loans and poor capital adequacy ratios, it had a major stake in how the bank is run.

The CBN believes the bank may have collapsed were it not for its regulatory forbearance, a financial term for softening some of the strict rules that banks must comply with if they are to avoid being taken over by the CBN. Emefiele in his briefing to the media revealed that the CBN had granted “regulatory forbearances to enable the bank work out its non-performing loans through provision for write off of at least N150b from its earning for four consecutive years.” According to data from Nairalytics, FBNH had recorded a total loan impairment of over N565 billion between 2016 and 2020. About N376.4 billion, more than half the total loans impaired, were provided for in 2016 and 2017 alone.

Another major reason why the CBN moved swiftly to sack the board and reinstate Adeduntan was its inability to control Oba Otudeko and since he did not accede to the demand of Emefiele there was no way he could be allowed to keep running the bank without a check like Adeduntan. According to Emefiele, he cannot allow a Shareholder who will not subject himself to regulatory control and authority to remain a director of the bank.

Oba Otudeko who was the major target of this fiasco is believed to have obtained billions of unpaid loans in First Bank and had to be controlled by the CBN through Adeduntan.

“The insiders who took loans in the bank, with controlling influence on the board of directors, failed to adhere to the terms for the restructuring of their credit facilities which contributed to the poor financial state of the bank. The CBN’s recent target examination as at December 31, 2020 revealed that insider loans were materially non-compliant with restructure terms (e.g. non perfection of lien on shares/collateral arrangements) for over 3 years despite several regulatory reminders. The bank has not also divested its non-permissible holdings in non-financial entities in line with regulatory directives,” Emefiele revealed.

Emefiele also explained that he decided to retain MDs of FBNH and First Bank, UK Eke and Sola Adeduntan because they had worked with them since 2016 and also wanted to stamp its authority against the shareholders of the bank whom it blamed for the breakdown of governance and insider abuse.

It is unclear how the camp of Oba Otudeko will react to their removal as directors of the bank especially with the burden of having to repay his indebtedness to the bank. The CBN’s 48 hours mandate to repay the loans expired on the 29th of April. His option will likely be to proceed to the court to get an injunction stopping the CBN from removing them as directors of the bank.