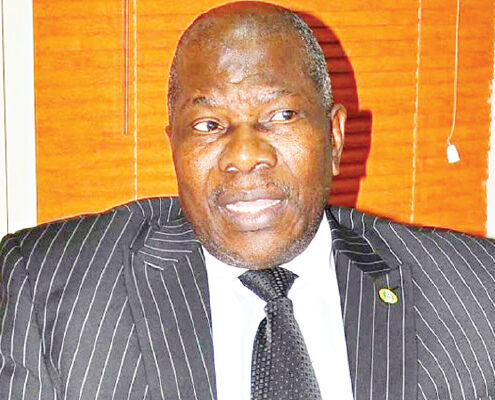 Operators in the insurance industry have said there is a need for more awareness of insurance benefits and government support to achieve increased patronage, NIKE POPOOLA reports

The compulsory insurance laws in the country were introduced under the Market Development and Restructuring Initiative of the National Insurance Commission which was launched in 2010.

The compulsory laws are third-party motor insurance in respect of all mechanically propelled vehicles that ply the public roads, buildings under construction that are more than two floors, public buildings including schools, offices, hotels, hospitals, shopping malls and others.

The laws also include professional indemnity for all medical practitioners and hospitals, group life insurance cover by employers for employees where there are more than three persons, and annuity for retirees as provided under the Pension Reform Act.

Part of the objectives of the MDRI is to increase the industry’s gross premium from N164.5bn in 2008 to N1.1tn by 2012; create about 250,000 new jobs in the insurance industry; build consumer trust and confidence in the sector; and lower the insurance gap from 94.0 per cent to about 70 per cent.

NAICOM, the insurance industry’s regulator, planned to achieve significant market growth in the country by enforcing compulsory insurance policies, but could not realise its objectives at the end of the set time.

Industry operators attributed the inability to achieve set targets to the absence of structures required to drive their implementation.

However, in 2020, the Commissioner for Insurance, Mr Sunday Thomas, announced NAICOM’s decision to re-launch the compulsory insurance policies under the second phase of the MDRI.

The MDRI, he noted, would mark out clear targets and tasks for all stakeholders in the industry.

“Going forward, we shall vigorously pursue the continued implementation of compulsory insurance in every nook and cranny of the country,” he said.

He said the commission was not unaware of the challenges inhibiting the successful implementation of these classes of insurance, but it had resolved to work with relevant stakeholders to ensure a seamless drive.

Thomas said, “Indeed, the successful implementation of compulsory classes of insurance across the nation will ensure adequate protection of our strategic national assets.

“We will be working with the relevant security agencies to guarantee effective and efficient monitoring of compliance.”

According to figures obtained from the National Pension Commission on its third quarter report for 2022, only seven states had group life insurance cover for their workers as of the end of September 2022.

This means that 29 states did not have insurance cover for their workers.

Operators in the industry have said the underwriters need to preach the relevance of the cover to get the support of the governments, enforce compulsory insurance policies and record significant growth.

A former President, Nigerian Council of Registered Insurance Brokers, Dr Teslim Sanusi, said, it is important for governments at all levels to patronise insurance by ensuring adequate cover for the people and assets.

According to him, the government buying into insurance will help to reduce losses and show good examples to others in the private sector to also do insurance.

He said, “The Federal Government has insurance cover but it should be adequately insured. State governments’ insurance is very low. Local governments are not doing insurance properly. The consequence is that when losses happen, when the governments are not insured, they would go back to making budgetary provisions from the taxpayers’ money when they could have made the sacrifice of paying premiums and ensuring that human and material assets were insured.

“Governments should try to insure adequately. It will lessen budgetary provisions for solving such losses. Let them show examples to others to learn to protect their assets.”

Also, the Chief Executive Officer, Krabond Insurance Brokers Limited, Mr Kola Ahmed, said, the insurance industry’s contribution to GDP over the years has been under one per cent.

He worried that this is abysmally low considering the country’s population and the size of its economy.

Ahmed said, “However, the reason for this low growth and infinitesimal contribution to Gross Domestic Product is not far-fetched. If the insurance industry received as much as 50 per cent support the government gives to the banking sector, the industry’s contribution to the GDP will improve significantly.

“Therefore, the insurance industry needs the support of the government not only by legislation and law but by way of enforcement of existing laws. We have witnessed cases in the past where governments came to the rescue of failing banks by giving them bailouts in billions of naira. No such thing has ever happened in insurance. The insurance industry could do with increased and sustained government support by ensuring and enforcing that all government property and assets are insured as provided for by the law.”

He also said it was important that the industry regulator, NAICOM, should also be empowered and strengthened to effectively carry out its supervisory, regulatory and market expansion roles.

According to the National Bureau of Statistics’ report on ‘Nigerian Gross Domestic Product report Q3, 2022’, the insurance sector recorded 28.26 per cent growth in the third quarter of 2022.

It added that the financial institutions and insurance accounted for 89.99 per cent and 10.01 per cent of the sector respectively in real terms in Q3, 2022.

The report said, “As a whole, the sector grew at 21.37 per cent in nominal terms (year-on-year), with the growth rate of financial institutions at 20.65 per cent and a 28.26 per cent growth rate recorded for insurance.

Full implementation of the compulsory insurance policies, industry operators have said, will improve its performance to the GDP.

What Does Insurance Mean to the Average Nigerian?
Scroll to top