No underwriter has indicated relationship with Ikoyi collapsed building – NCRIB 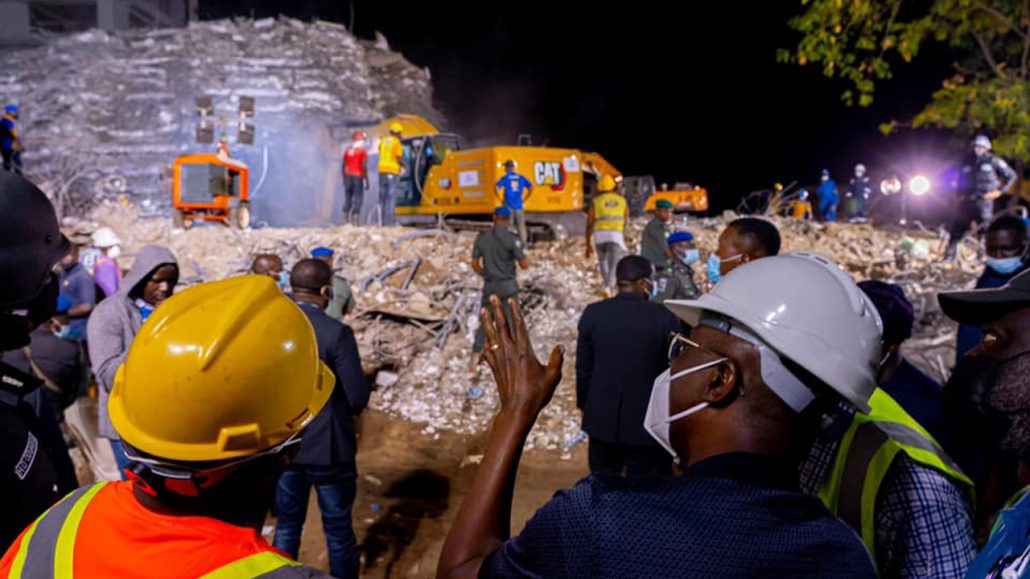 Nigerian Council of Registered Insurance Brokers (NCRIB) on Friday said no underwriter or broker in the insurance industry had so far claimed any relationship with the Ikoyi 21-storey building which collapsed.

NCRIB’s Executive Secretary, Mr Tope Daramola disclosed this in an interview with the News Agency of Nigeria (NAN) on the sidelines of the NCRIB Special Day at the 2021 Lagos International Trade Fair (LITF) in Lagos.

The News Agency of Nigeria (NAN) reports that the fair, which kicked off on Nov. 5, will run till Nov. 14 and has as its theme: “Connecting Businesses, Creating Value”.

Recall that the 21-storey building under construction in Ikoyi, Lagos collapsed on Nov. 1, leading to the loss of lives.

Gov. Babajide Sanwo-Olu of Lagos State has set up a panel of investigations to unravel the cause of the building collapse.

Daramola expressed disappointment on the fatal loss recorded from the unfortunate incident.

” The fatal loss recorded from the incident is unfortunate, but as of today, no underwriter or broker has claimed any relationship with the collapsed building.

” The implication of this is a total loss for everyone involved, and sadly for those who lost their lives, if no insurer eventually shows up to take up the claims,” he said.

According to him, the government must stop paying lip service to give insurance the impetus it needs.

The executive secretary noted that nothing stops the National Assembly from legislating to back compulsory insurance on storey buildings as the compulsory motor insurance policy and also enforce it with the law enforcement agencies.

Daramola noted that such legislation would translate into higher return for the industry, as insurance operators would employ more, thereby reducing unemployment and social problems, and also contributing to the GDP.

Speaking on the NCRIB day, the Executive Secretary said the initiative of the council to collaborate with the Lagos Chamber of Commerce and Industry (LCCI ) was borne out of the craving to deepen insurance penetration in Nigeria.

He explained that the trade fair engagement was a path-finding engagement, as it was the first time the industry under the ageis of the NCRIB was collaborating with LCCI.

“The challenge of insurance in Nigeria is not that of capacity building or technical know-how but that of acceptance by Nigerians.

” Less than 10 per cent of Nigerians as we speak know anything about insurance and out of 10 per cent, you have less than two per cent subscribing to insurance.

“This is a contrast to what you have in other climes, especially in advanced countries where everything you breathe, eat or live is insurance, ” he said.

According to him, the collaboration with LCCI will lead to more enlightenment for Nigerians, especially the industry players.

Daramola urged Nigerians to take insurance very seriously by ensuring anything valuable to them.

He also charged insurance companies to give more support to the council so that they could participate and improve in subsequent editions of the fair.