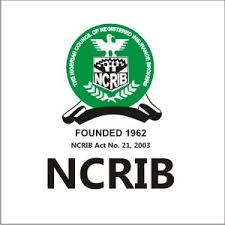 The Nigerian Council of Registered Insurance Brokers (NCRIB) has renewed its commitment to expanding collaboration among key industry stakeholders to elevate the insurance business in Nigeria.

The President, Rotimi Edu, at a press briefing to commemorate its 60th anniversary in Lagos, said that the Council was established in 1962 as an indispensable adjunct of the insurance marketing chain.

Despite the teething challenges at inception, the Council has risen to the position of prominence amongst its peers, with 500 members spread across the nooks and crannies of the country. And as of today, the number of registered insurance brokers under the aegis of the Council has continued to grow.

Edu said the Council would be celebrating this landmark age in a grand style, commencing with the unveiling of the 60th-anniversary mascot and logo.

The president assured that the anniversary would be an epochal event, adding: “It is expedient for the Council to roll out drums in celebration of the anniversary as a way of appreciating the Almighty for the success story and our past presidents and members that have contributed immensely to the building and development of this great institution.”

He said it would use the opportunity of the anniversary to play up the brand of the Council as a leading professional body in Nigeria, foster a relationship between the Council and its strategic stakeholders in the course of the various commemorative events.