Key insurance lessons as another building collapses in Ebute-Meta 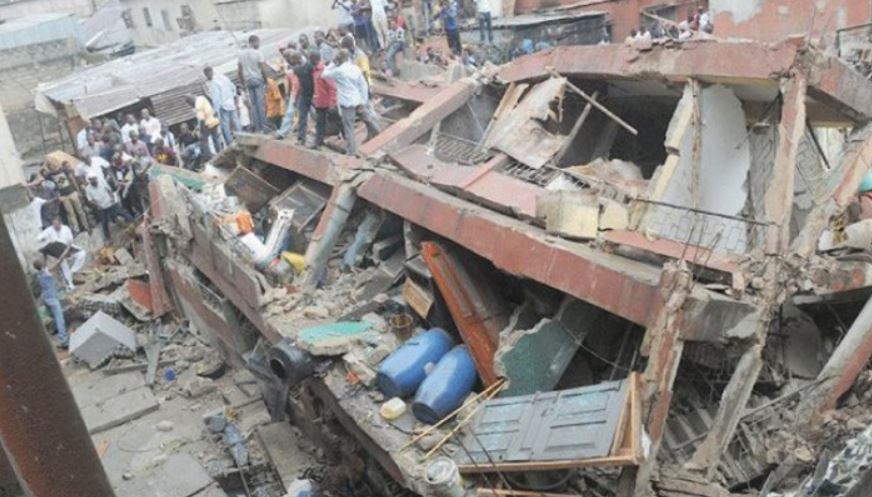 A three-story building collapsed on Sunday night at the Ebute-Meta area of Lagos state with a record of eight people dead and many trapped. This is another major collapse after the 21-storey luxury Ikoyi Building collapse owned by Foursquare Homes.

Whatsoever causes a building to collapse, compensation for the dead, the injured and those whose properties are damaged should be provided as a matter of priority, says Paschael Egerue, insurance expert and risks consultant.

Looking at the topic ‘The Ikoyi Building Collapse, Insurance And Matters Arising’, Paschal Emeka Egerue said government should understandably be concerned and embarrassed about increasing rate of building collapse and other construction site accidents. This is more so as everything points to failure of approval processes and supervisory oversight of the construction sites.

According to him, while confusion we have found ourselves on this disaster is avoidable now and in the future, all hands will have to be on deck to ensure that building developers adhere strictly to regulatory and compliance requirements.

He Egerue said there must be rigorous government oversight to ensure compliance with essential laws especially international covenants on health and safety at work place.

“In Nigeria, insurance of public buildings is compulsory (S.65 of Insurance Act 2003) and so is Insurance of buildings under construction (S. 64). This Section 64 of the Insurance Act 2003 makes it compulsory that any building construction above 2 floors be insured and it states as follows in S.64(1); No person shall cause to be constructed any building of more than two floors without insuring with a registered insurer his liability in respect of construction risks caused by his negligence or negligence of his servants, agent or consultants which may result in bodily injury or loss of life to or damage to property of any workmen on the site or of any member of the public”.

S. 64(2) emphatically states that “the duty to insure under subsection (1) of this section shall arise when a building is under construction.

As for penalty for default, S.64(3) states that “a person who contravenes subsection(1) of this section commits an offence and on conviction shall be liable to a fine of N250,000 or imprisonment for three years or both”.

Aside the paltry sum of N250,000 for default, the basic problem here is that the fine for default must follow prosecution and conviction and not by mere regulatory sanction.

However as evident in the Insurance Act 2003, the major focus of the law is to ensure that project owners are adequately protected to offer compensation against liabilities arising from death or injury to workers at site and third parties including property damage.

By taking the mandatory insurance cover, adequate compensation is assured the workers and third parties for accidents including collapse that may occur.

Outside this, other insurance covers are merely essential as prudent measures to protect the project owner and his contractors against financial liabilities that could arise from several sources such as creditors and other claimants.

Egerue noted further that to make this work, the National Insurance Commission (NAICOM) should within the provision of S. 64 of the Insurance Act, 2003 and the inherent powers in its establishment Act set up and fund a Building in Construction Compulsory Insurance Compliance Agency.

This Agency will have the power of onsite inspection of insurance compliance documents and to prosecute defaulters including issuance of stop work orders.

The present law (Insurance Act 2003, S.64) is unhelpful because the regulatory agency has to obtain conviction in court before imposing fines and sanctions as stipulated in the law.

Anything otherwise can be successfully challenged by the project owner/ developer or contractor and counter claims slammed on NAICOM.

The litigation process in Nigeria is at snail’s pace. All these make the law ineffectual and leaves the society with the short end of the stick.

For Egerue, the insurance Act 2003 is long overdue for amendment or repeal and re-enactment. This will cover all identified gaps as well as bring the penalties for defaulters on compulsory insurance to a realistic level.

Between insurance and vandalised national assets
Scroll to top