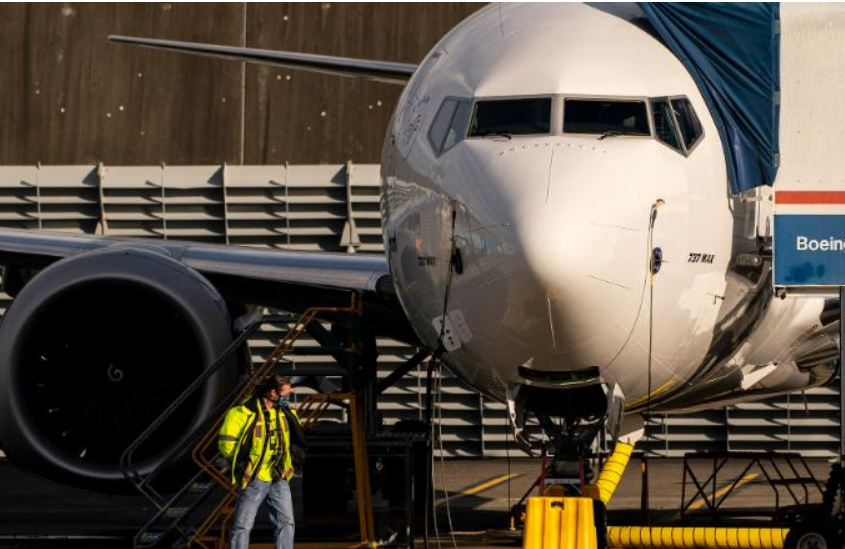 The Federal Aviation Administration issued an order Wednesday that paved the way for the troubled Boeing 737 Max to carry passengers again, ending the jet’s 20-month grounding.

The plane, the best-selling jet in Boeing’s (BA) fleet, was grounded in March 2019 after two fatal crashes that killed 346 people. It was discovered that a safety feature meant to stop the plane from climbing too fast and stalling had improperly forced the nose of the plane down, causing the crashes.
The process of approving the plane to carry passengers has stretched on far longer than originally expected and cost Boeing more than $20 billion, according to the company. Lost orders for the jet during that time could make it among the most expensive mistakes ever made by a company.
Although approval was expected this week, Boeing (BA) shares rose in morning trading, but then closed lower, along with broader markets, on concerns a rise in Covid-19 cases.

The first step
The FAA action is only the first step in allowing 59 airlines — spread across 32 countries — to once again fly the 387 grounded planes as part of their schedules. The FAA orders cover only US domestic flights for the 737 Max jets operated by American, United and Southwest Airlines, 72 in total. Flights to or within other countries will need the approval of those nations’ aviation authorities.
And as for the US, the FAA noted in statement that before any of the planes can be flown with passengers again, the necessary changes to the 737 Max identified in the approval process must be installed and the FAA must inspect the individual planes. The pilots must also complete additional training.
That process is expected to take between a few weeks and a few months, depending on the airline. So far only American Airlines (AAL) has added the plane to its schedule for a handful of flights between Miami and New York in late December and early January.
Other airlines are holding off. Southwest (LUV), which has 34 of the jets — more than any other airline — isn’t expected to fly passengers on the 737 Max until spring 2021. United (UAL) said it expects to start flying the planes in the first three months of 2021.

Weakness in demand
What’s not yet clear is whether passengers will try to avoid flying on a 737 Max once those flights resume. US airlines are no longer charging change fees to passengers who shift their travel plans, so fliers who want to book away from a 737 Max flight can do so without penalty.
“If a customer doesn’t want to fly on the 737 Max, they won’t have to,” said a letter from American Airline executives to the carrier’s employees on Wednesday.
But Travel Fairness Now, a consumer group, said Thursday it believes passengers should be able to get refunds on their tickets instead of a credit if they don’t want to fly on a 737 Max jet, and then book on another flight to the same destination without paying any difference in fares.
“The circumstances surrounding the Boeing 737 Max are unprecedented in the history of commercial travel and call for extraordinary protections for understandably concerned consumers,” said Kurt Ebenhoch, executive director of Travel Fairness Now.
One thing that could slow the resumption of 737 Max flights is the extraordinary drop in air traffic demand due to the combination of the Covid-19 pandemic and the global recession it caused.
There are about 1,500 single aisle passenger jets parked by airlines around the world, according to Ascend by Cirium, a research firm that tracks plane usage — and that number does not include grounded 737 Max jets. Rather, it represents more than 25% of the single aisle planes worldwide since the pandemic broke out.
Even if there is no need to increase the number of planes they fly, airlines still want to start using their 737 Max jets to replace older jets in their fleets, because the Max is about 15% more fuel efficient than the older planes, said Rob Morris, global head of consultancy at Cirium.
“Even though fuel prices are low today … that fuel saving could still account for something like $750-$1,000 per aircraft per day,” he said. “In today’s environment where airlines want to preserve as much cash as possible [those savings are] very welcome.”

Family members of victims speak out
Some of the family members of those who died in the crashes have objected to the Max’s return to service. They say Boeing made mistakes in its design, the newest version of a long-serving plane, which made their version dangerous, and that the FAA erred in approving the original version and recertifying it to fly now.
“The plane is inherently unstable and it is unairworthy without its software,” said Michael Stumo, whose daughter Samaya Rose Stumo died in the March 2019 crash of an Ethiopian Airlines plane. “They haven’t fixed it so far. The flying public should avoid the Max in the future. Change your flight.”
Stumo and other family members held a press conference Tuesday ahead of the announcement. Stumo said the FAA should have insisted that a third sensor be added to determine if the plane is in danger of stalling. He said other changes should have been made to the way pilots are alerted if there is a problem.
“We as family members want to avoid a third crash,” he said.
The Air Line Pilots Association, the union representing pilots at many US airlines including United, said that while it continues to evaluate the specific crew training rules for the plane’s return to service, “ALPA believes that the engineering fixes to the flight-critical aircraft systems are sound and will be an effective component that leads to the safe return to service of the 737 Max.” Pilots unions at Southwest and American did not have an immediate comment on the FAA’s action.
The investigation into how to fix the plane was originally expected to be finished by the fall of 2019, but stretched on as new questions about the plane arose.

FAA and Boeing praise the process
“The path that led us to this point was long and grueling,” said FAA Administrator Steve Dickson in a video statement Wednesday. “But we said from the start that we would take the time necessary to get this right. We were never driven by a timeline, but rather following a methodical and deliberate safety process. During this time FAA employees diligently worked on the fixes that were necessary.”
As part of the review process Dickson flew the plane himself in September, and went through the training pilots will have to complete.
“Based on all the activities we have undertaken during the past 20 months, and my personal experience flying the aircraft, I can tell you now I am 100% comfortable with my family flying on it,” he said.
The FAA has worked throughout the process with aviation authorities around the world, and most are expected to issue their own orders to unground the plane as well. But there could be delays in returning the jet to service around the world. The European Union Aviation Safety Agency, which oversees flights in Europe, said Wednesday it expects to take action in late December or early 2021.
And regulator Transport Canada said it expects to conclude its review “very soon,” although it added, “there will be differences between what the FAA has approved today, and what Canada will require for its operators.”
Boeing also said it is confident that the plane will be safe to fly once all the required steps are taken.
“We will never forget the lives lost in the two tragic accidents that led to the decision to suspend operations,” said David Calhoun, chief executive officer of The Boeing Company. “These events and the lessons we have learned as a result have reshaped our company and further focused our attention on our core values of safety, quality and integrity.”

Problems throughout the inspection
In addition to coming up with a software update to the faulty safety system, problems with the safety of the plane’s wiring were discovered. There were also questions about the lack of training for pilots who were moving from the original 737 to the 737 Max, which had been a selling point for the plane.

The investigation also revealed that many Boeing employees were privately expressing doubts about the planes during the original approval process.
“Would you put your family on a Max simulator trained aircraft? I wouldn’t,” wrote one employee to another in an internal communication revealed during the investigation. Another employee described the plane as “designed by clowns, who in turn are supervised by monkeys.” And one wrote simply: “piss poor design.”
— CNN’s Pete Muntean, Gregory Wallace and Hanna Ziady contributed to this report